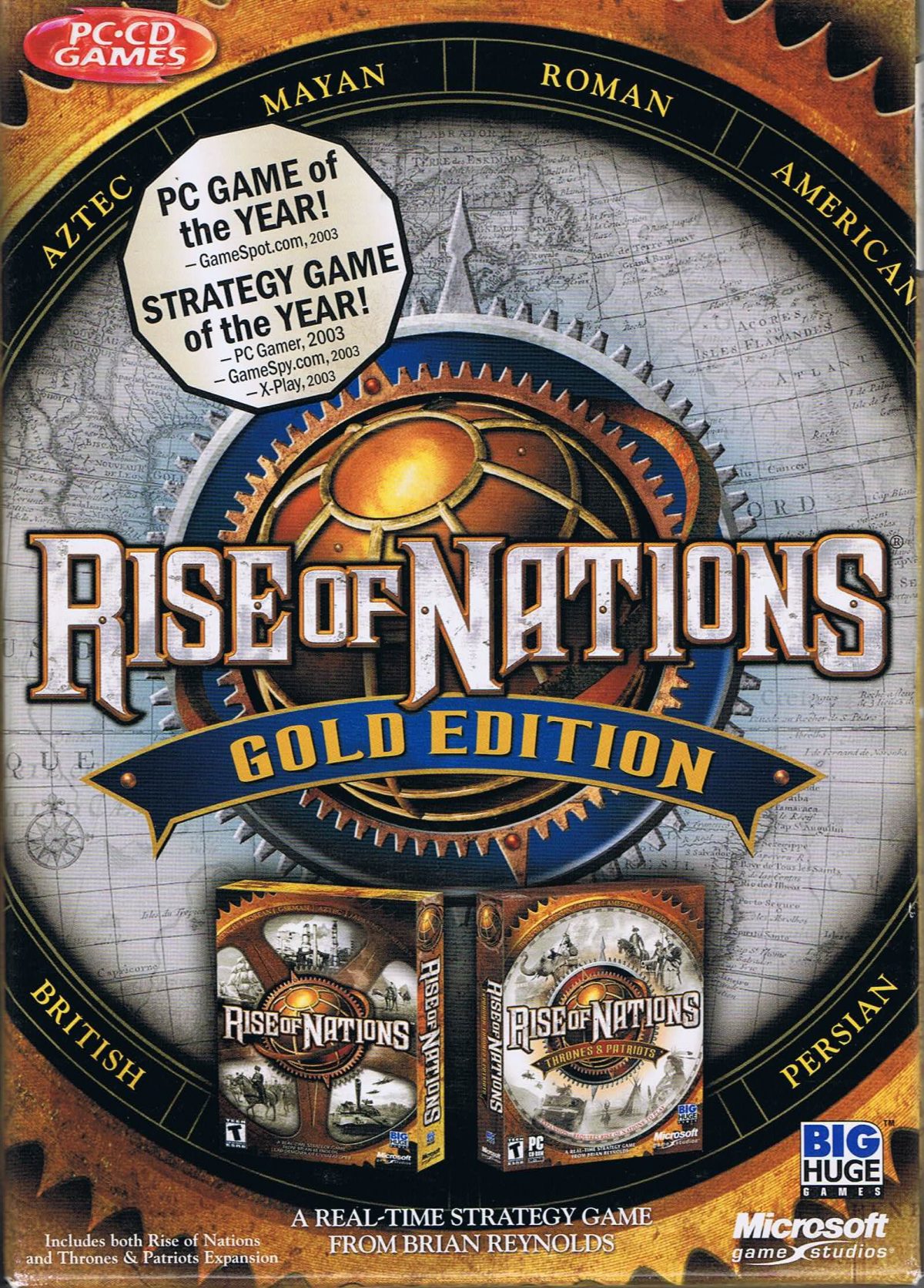 A real-time strategy(RTS) game where you wage war over land, sea and air from the ancient age to current day information age. Lead one of 24 nations to conquer the world.

Your units’ AI are very good. Citizens can be set to automatically gather resources nearby or help with building things nearby.

There is a very good tutorial that teaches basic real-time strategy concepts as well as things specific to Rise Of Nations. Very beginner player friendly.

The game is moddable. Check out Rise of Nations Heaven to get mods and maps.

There are no cons for Rise Of Nations. It is simply a great game.

There are 24 nations to play in the Gold Edition. But each side is very similar except for a few unique units and a few beneficial perks. Some of these perks are, faster gather rate of a certain resource, or build certain units faster or cheaper units.

The graphics are OK considering how old the game is. It would have been nice if it was full 3D like in The Moon Project.

I also liked Warcraft 1 and 2, Dark Reign and Total Annihilation.

I have not played any multiplayer games.

A product key must be entered when installing the game.

The disc must be in the drive to play the game.

To get patches you must use the game’s autopatcher. There is no place where you can just download the file to keep for later use.

Minimum Requirements (as stated on box)

When adding custom CTW maps, you might need to delete the %appdata%\Microsoft Games\Rise of Nations\conquest\temp folder to pick up the correct map graphic when starting the new CTW game.