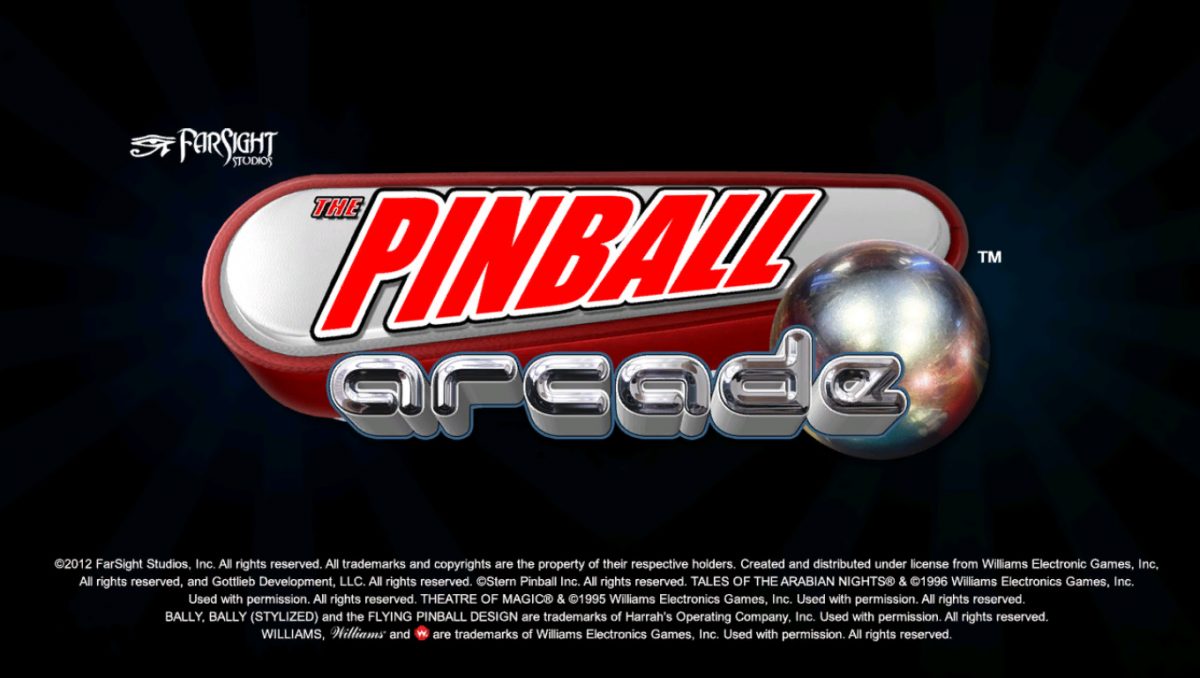 The Pinball Arcade aims to bring real life pinball tables to the PC.

The Pinball Arcade comes with one free table, Tales of the Arabian Nights. It might be free, but it is one awesome table to play.

Even though only one table is free, variety is still a very strong point in The Pinball Arcade. All other tables can be played to a certian score limit. So you can try out all the other tables and decide whether to buy them. Or if you are as bad a player as I am, you might not even reach the score limit. Farsight Studios are still adding tables to the game which means more variety to come.

Every month a new table is set as a free table, so you can play that table without a score limit for that particular month. Effectively that is two free tables for play, one that is permananently free and the other changes each month.

The graphics are very nice indeed. Some tables look better than others though, but that is probably due to the different designs of the tables in real life.

The sounds and music are also very nice. Once again, it depends on which table you play. Some tables just plain sounds better than others. I am not sure how accurate their representations are of the real thing, but the variety is certainly there and some of them sound great.

It has Haunted House! Although I have not played it in over twenty years, Haunted House is one pinball table that is permanently stuck in my head. The table has a three level playing field, eight flippers and one inverted play field and all of this greatness is simulated in The Pinball Arcade. Ah, what great memories.

Each table has animated instructions on how the table works.

On the simulation side, I think The Pinball Arcade is as realistic as Pro Pinball Timeshock. The ball moves as I expect it to.

I cannot think of a single con for The Pinball Arcade. The game plays very well with one free table and the rest can be played to a score limit.

If you are willing to spend extra money, you can buy Pro Packs which adds extra stuff for some of the tables. These extras include pro tips for the table and access to the operators menu. For the simulation enthusiast, even the operator’s menu operates differently between tables, so you have to know what you are doing for each table. It does cost extra so these extras are not for everyone.

After sticking to the free tables for a while, I decided to buy the Season Two Pro Pack during a sale. The strange thing is, the sale price listed on the Steam DLC page was $35.99USD, but the in-game price was $29.99USD. Sure enough I bought the pack in-game for the cheaper price.

I enjoy playing pinball in real life, but I have not touched a pinball table in over twenty years.